Are you not impressed? Is it time for the industry to shift its focus from delivering ad impressions to actually making impressions?

Fair warning, the argument presented here is an inconsequential one. Read on at your own risk…

I have an issue with digital advertising’s use of the term ‘impression’. It’s a minor thing, I admit, and addressing it wouldn’t be revolutionary by any means. It’s one of those little flaws that digital advertising seems to be full of and it bugs me more than it perhaps should.

Impression. If not a complete misnomer within advertising, it’s a word whose definition has at least been skewed to the point that it no longer fits. According to the IAB UK’s two applicable definitions:

Metric for counting the number of times users have viewed a particular element (such as an ad) on a desktop website, mobile website or app or an image embedded within a text message such as a mass-market email.

You’ll notice a disparity between those two definitions. Is an impression a count of how many times an ad was viewed, or just how many times it was displayed, whether viewed or not? Or are ‘impressions’ and ‘ad impressions’ two distinct things? Shouldn’t we be more concerned about that lack of clarity, especially when it’s such a fundamental term within advertising? Shouldn’t it be cut and dry?

Technical definitions aside, I’m just not sure it’s the best word for the purpose. Impression conveys the sense that that particular instance of an ad has actually been seen, actually connected, actually made an impression with the viewer. As much as we might like that to always be the case, we know it isn’t.

So what’s the solution? To change the term – perhaps use ‘instances’, ‘placements’ or ‘serves’ instead? Differentiate between impressions and ‘true impressions’?

Or, could we do something to bring advertising’s definition of ‘impression’ closer to its true meaning?

They allow us to determine whether an ad has actually been looked at, as opposed to just whether it’s been displayed – in other words, which ad placements actually made an impression with the viewer. And, let’s be honest, that’s what advertisers are really interested in; how many of the ad placements they purchased were actually looked at and considered by their audience.

I suppose that’s the foundation of my argument: if attention signals can help us elevate impressions from a simple metric of how many instances of an ad have been served, to actually how many connections have been made with consumers, then why wouldn’t we?

Some vendors are already selling campaigns based on attention metrics as opposed to traditional CPM models. Whilst it likely means a perceived drop in scale, it also means a big improvement in terms of meaningful clarity of performance. After all, which is a brand advertiser more concerned with:

…it’s certainly subjective but, to me, there’s a clear winner.

It’s also worth saying that attention benchmarks would play a key role in any amendment to the definition of impressions. That work is already underway with organisations such as the IAB, but as with any new field, getting those benchmarks and standards agreed upon will take time.

As I warned you at the beginning of this article, I appreciate this is a fairly inconsequential argument and far from a revolutionary idea. However, I think it’s worth pursuing for the sake of general simplification and improvement of industry practices.

Until then, our use of impressions will continue to lack the weight I think the term deserves. 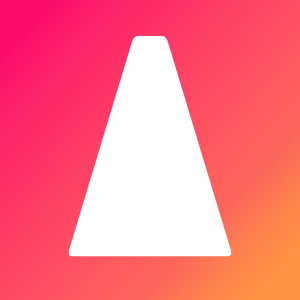